Hey everyone. I should apologize for my small hiatus from writing. I've been incredibly busy, although who isn't around this time of year? Nonetheless, it is pretty shameful that I haven't been writing about breastfeeding through world breastfeeding week/month. So for that, let me put my 2 cents in about World Black Breastfeeding Month. Yes. I'm going there. ;)
First of all, it is not as well-recognized as the last week in August the way the first week in August is known as World Breastfeeding Week. I think this is in part due to the fact that it has been newly established. This is only the 3rd annual celebration, so it truly is new and mostly unknown. This year's theme is Lift Every Baby. I love that idea because it puts the focus on where it belongs. The choice to breastfeed is really about the baby first and establishing good health and a deep bond that will form a foundation of love, security, and a stronger life. 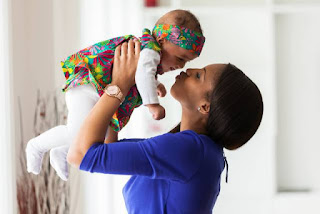 Apparently, not everyone is on board with celebrating Black Breastfeeding Week... There is actual controversy online and in the narrow stream of lactation news and media. That's Crazy, right? Am I the only one who thinks this is nuts? Honestly, all lactating mothers have so many obstacles (especially in this country) to overcome: physical, hormonal, emotional, and social. The battle to normalize public breastfeeding is an uphill battle for us all here in the United States, why are we causing more challenges to an already challenging goal by throwing our arms up at supporting black mamas who want to breastfeed? I fear the upset derives from an unawareness of the different adversities that African- American or Black women face in their pursuit to breastfeed their babies. Now, I'm certainly not going to claim that I know everything that Black moms face here, because, for one, I'm not Black. I was not raised by Black parents nor did I grow up in a predominantly Black neighborhood or school. What I do know is what I hear from the Black moms that I interact with and good old polls and statistics.
"The gap between black and white breastfeeding initiation rates narrowed from 24 percentage points in 2000 to 16 percentage points in 2008." This progress doesn't just happen. It comes with specific outreach and support for the moms who don't relate with the mainstream services and counseling. A black mother has formula shoved at her by the hospitals, pediatricians, family, and friends from the first second the baby is born. She is also harassed incessantly by her community (often by those close to her) for her choice to breastfeed, and not just in public. And most Black moms don't have support groups or lactation counseling near them, often not even in the same neighborhood, as well as a lack of dependable transportation. Many don't have enough financial or marital support at home, so they NEED to work outside of the home right away, decreasing their chance of success at establishing a good latch and milk supply. And these are just the obstacles I'm aware of. Without stepping into someone else's world, we will not have a significant impact with the women we work with and it'd be a near impossibility to advise them through their unique challenges. This goes for all women, but most especially for women of different classes, backgrounds, cultures, and ethnicities. I encourage you to read this post about the trials that a mom of mixed race faced while breastfeeding. 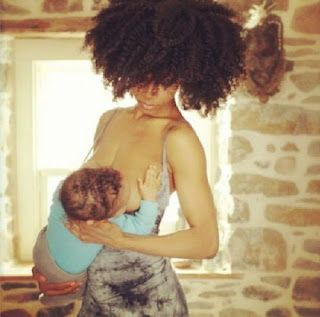 In the end, we need to step back from the lense we're looking through and remember that other women are trying to do their best to work through their own trials. Let's love and support each other as women and mothers. And remember to put others and their needs before ourselves. I don't think we're beyond applying the principles that Laci and Franchesca lay out for understanding intersectional feminism to the lactating world.

Credit for the touching photos in this post goes to my brown baby. Check it out for more stories.

Posted by Difficulture Shock at 10:11 AM